The German winter still was in full swing and after months of snow and low freezing temperatures, it was time to feel some warm sun rays on my skin. I have never been in Barcelona before and the weather forecast sounded promising. So I chose the Catalan capital in Spain. I didn´t have high expectations, but a hotel nearby the sea. It didn´t take much time and I found a suitable offer – off to Barcelona!

As I was departing from Munich and the fields were still covered by snow, I realized my great decision to spend some time in a warmer region.

A small snack was offered during the two hours of flight and the service on board of Lufthansa
Airbus A320 was very friendly and courteous, as I was used to the airline.

When I was approaching Barcelona, the sky was still overcast. Fortunately, this has completely changed from the next day. 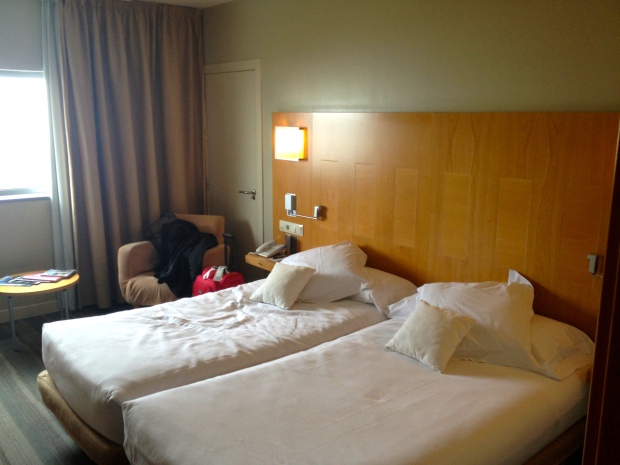 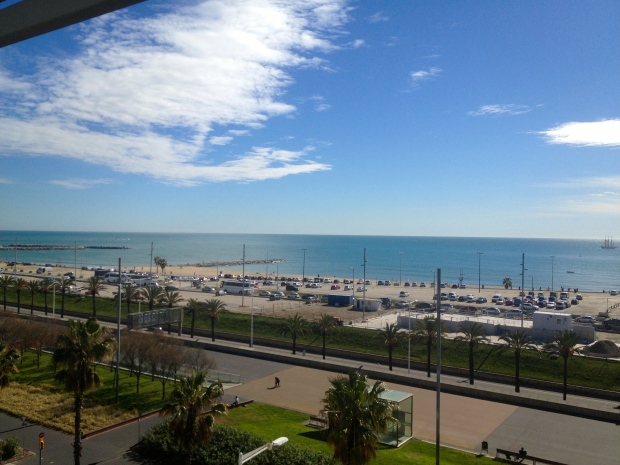 The Hotel Barcelo Atenea Mar is located in the eastern part of the city and just across the street from the ocean. The room was very spacious, clean and I had an unrestricted sea view through the large windows – perfect! The bathroom was very clean and and noble, as well. 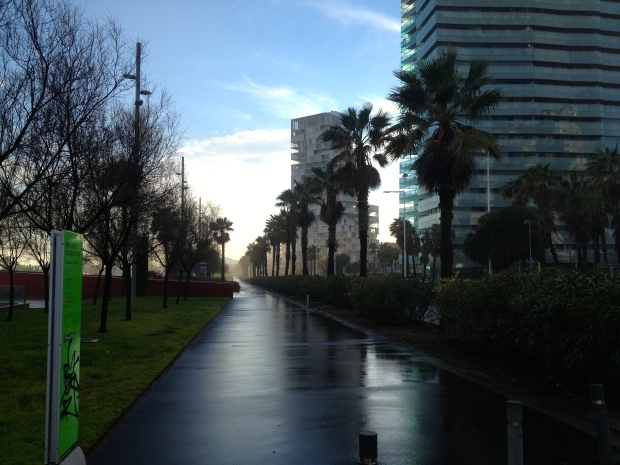 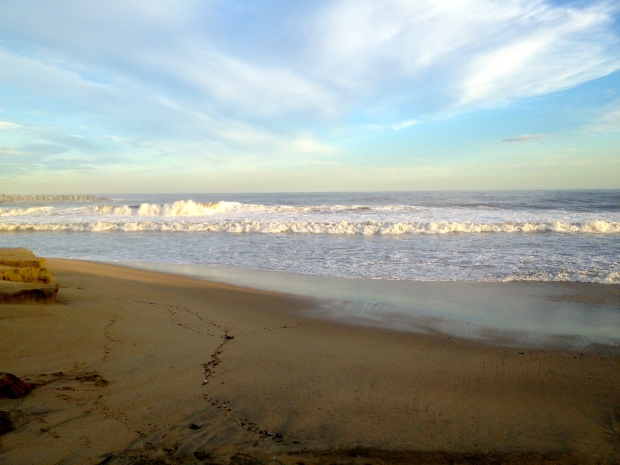 The sun was shining, almost 20 degrees in the morning – the next day couldn´t have stated better.

The walkways for pedestrians were beautifully landscaped like this on the way to the center.

One of Barcelonas highlights, of course, is the Mercat de la Boqueria!
Even high-class chefs buy their ingredients here and to visit this market is just obligatory. 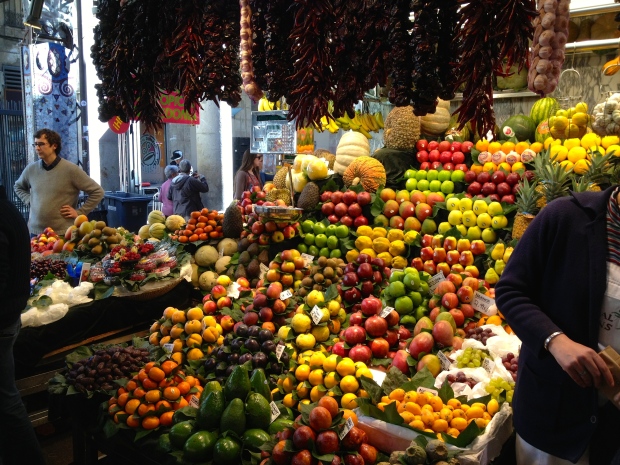 Countless stalls with fresh fruit from foreign countries, fresh seafood and a huge variety of sweets can be found spread over the market. You just have to pay attention to the stalls with Spanish chocolate .
It was offered for 7 € per kilo, but as I wanted to pay they wanted to have 7 € per 100 grams! 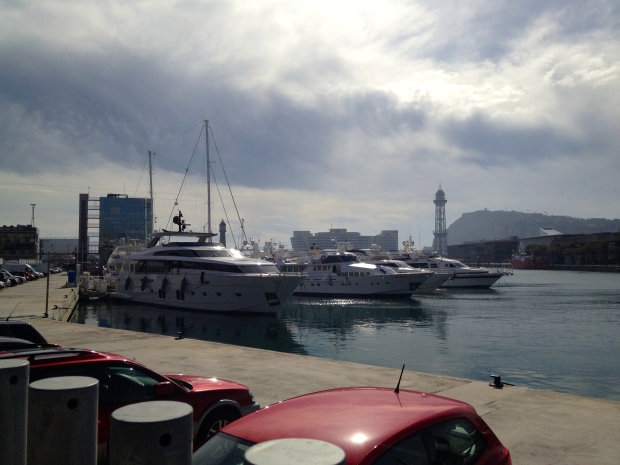 Following the pedestrian zone La Rambla further southwards, you will reach the marina. 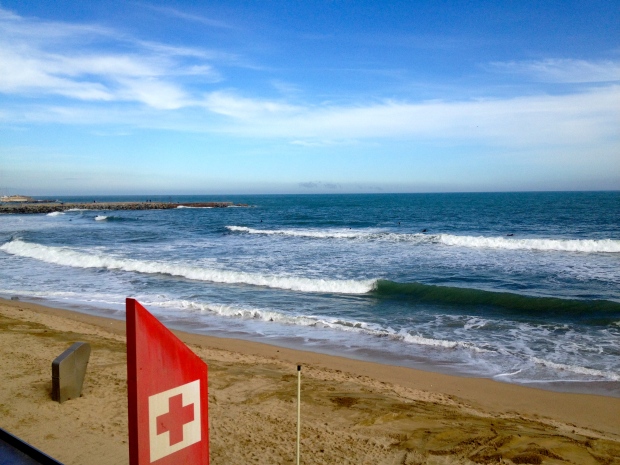 From there I enjoyed the beautiful sunset while walking back 5 kilometers to the hotel.
Just for that, Barcelona is worth a journey. 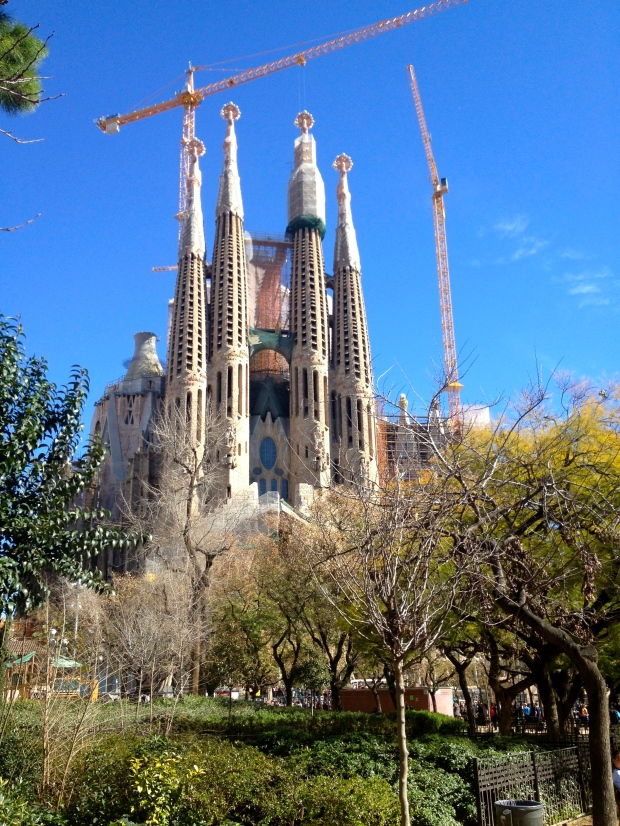 The most famous building in Barcelona was visited the next day, the Sagrada Familia.
Even if you have seen the cathedral on photos – it acts much more impressive if you stand right in front of it. I haven´t seen the Sagrada Familia from the insinde, because I should have waited more than one hour to get in.

Another highlight is in northern part of the city and is definitely worth the exhausting way up – the Parque Güell.

On the top you have a magnificent view all over the city! 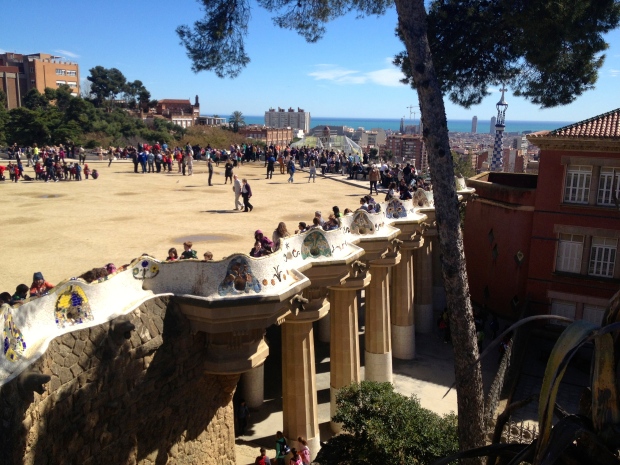 It´s quiet hard to find a better place for having a rest as the great terrace which is beautifully designed with countless mosaics on the edge. 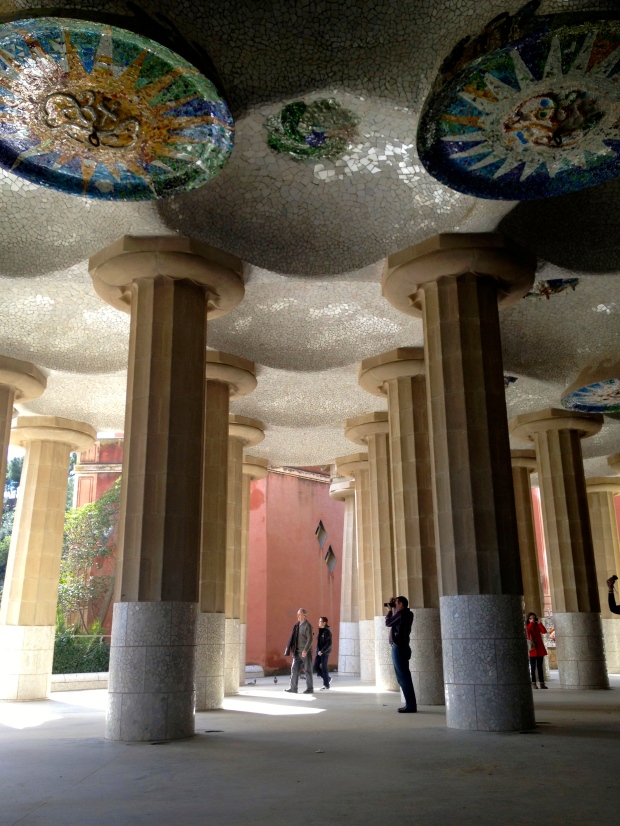 The beautiful hall below the terrace is also made out of mosaics and another popular photo motive.

The famous salamander fountain nearby the exit has become on of the main sights of Barcelona. 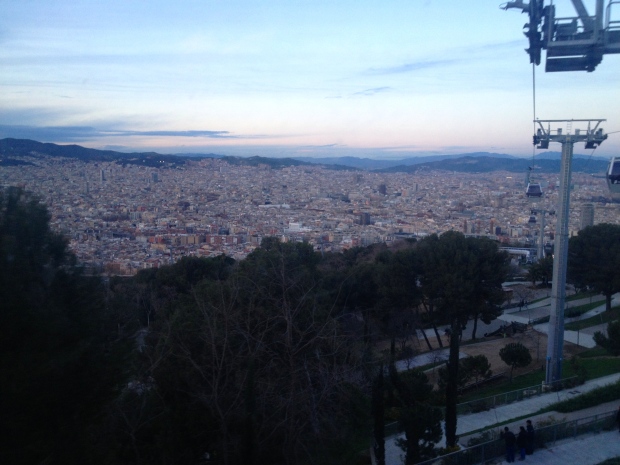 On top of the mountain Montjuic you can get another stunning view all over the city.
The cable car took me up, where the castle Castell de Montjuic can be visited.

Another very impressive experience are the fountains Font Magica at the National Palace. 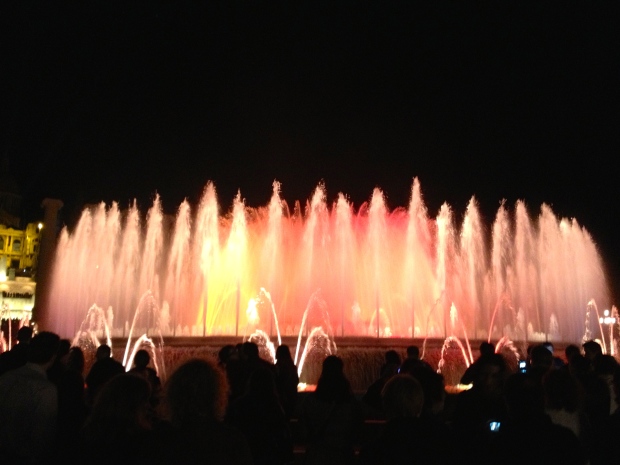 The atmosphere there is just magical! Even the road leading from Placa d’Espana to the National Palace is lined with brightly illuminated fountains on both sides.
Arriving at the National Palace, varied songs are played out of every single fountain, which are illuminating in several colors. The rhythm of the moved water is matched to the timing of each song.
You just have to visit it – it´s incredibly beautiful! 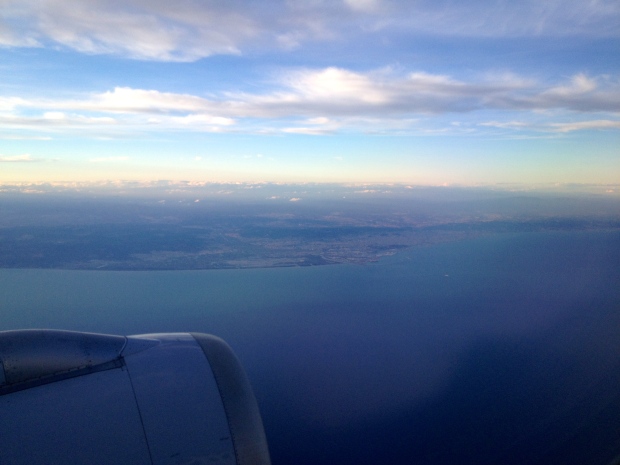 …  until I was finally on my way back to snowy Munich.

For me, the mix of exciting metropolis and relaxing beach lets Barcelona become an ideal destination for a short trip. The prices for the flights and the hotel are much lower in the low season than in summer, so it’s recommended to visit Barcelona then. Even in March the temperatures are very pleasant and not at least because of that, I´m sure to stroll through the streets of the Catalan capital once again.